Cave walls were reported to have contained etchings and drawings that appear to have depicted regional hunting traditions and ceremonies. Whitehill Mining attempted to participate in a joint effort with Southern Wyoming University to document these findings, however, the caves were destroyed prior to SWU anthropologist’s arrival due to a scheduling error with automated mining equipment.

Although no photographs were taken of the caves due to company safety policies, a member of Whitehill Mining’s operational staff with a background in philology was able to capture some of the art and symbols presented on the cave walls.

Whitehill Mining has consistently made concerted efforts to preserve ecological and historical landmarks while providing sustainable career opportunities to the town of Rock Springs, as well as generous donations to Southern Wyoming University.

We are excited to continue to focus on our preservation efforts going forward. 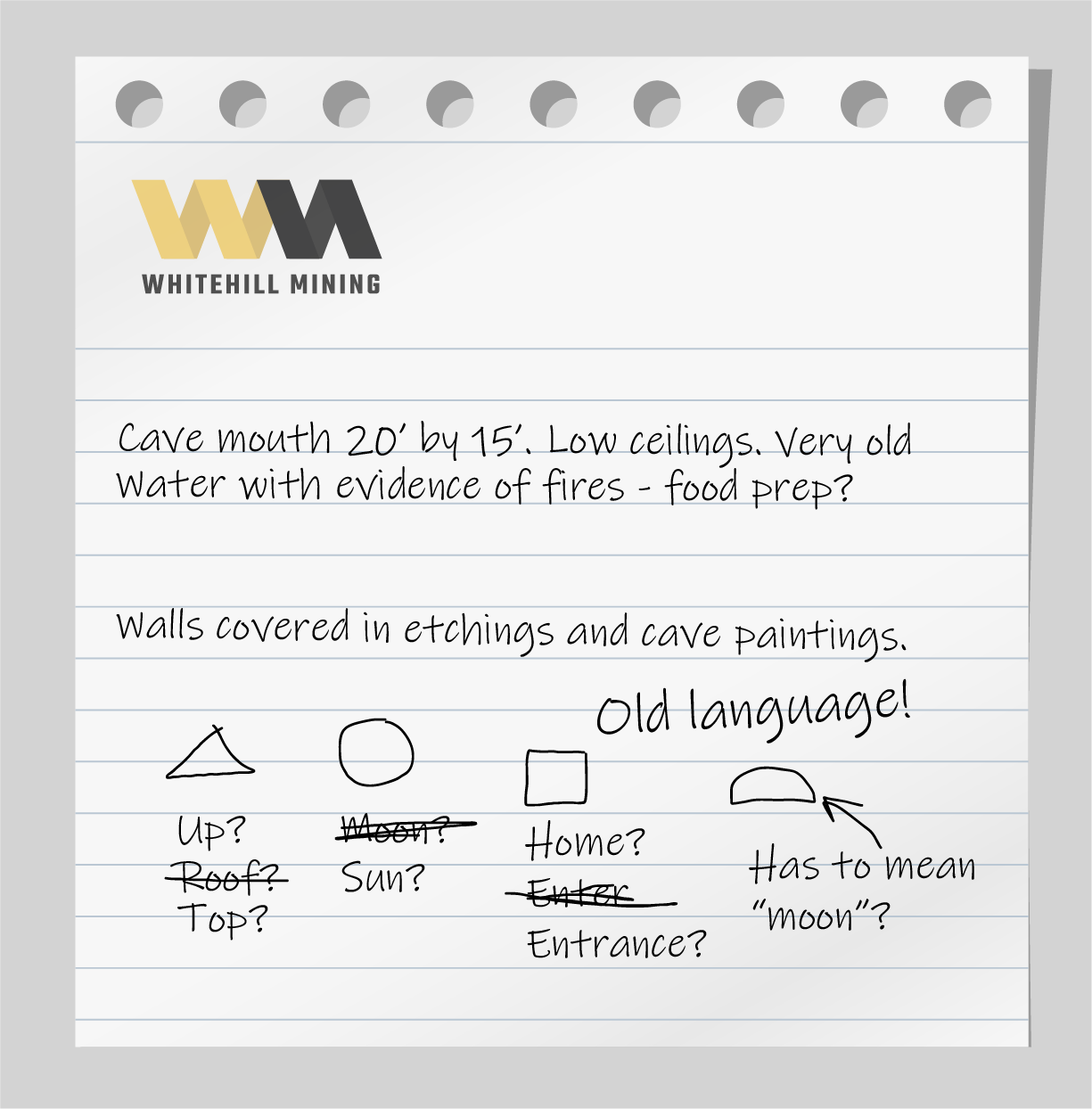